The steppe lemming is a small, plump, light-grey rodent, similar in appearance to the Norway
lemming, but not in the same genus. The steppe lemming eats shoots and leaves and is more
active at night, though it is not strictly nocturnal. In the wild, it is found in Russia and Ukraine
in steppes and semiarid environments.

The steppe lemming has a body length of up to 12 cm and a tail of 2 cm, a little shorter than
the hind foot. The eyes and ears are small and the fur is a uniform shade of brownish-grey with
a black dorsal stripe.

The steppe lemming is a colonial species digging lengthy burrows. It has a partially underground
mode of life, being active during the day, but only going above the surface for short periods.
It feeds on various parts of plants, including seeds. 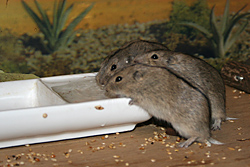 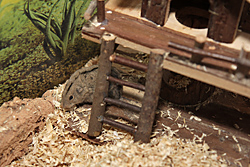 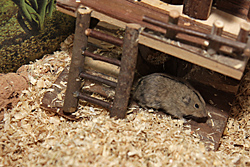 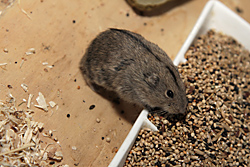 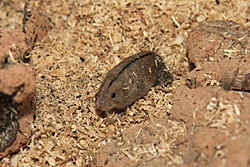 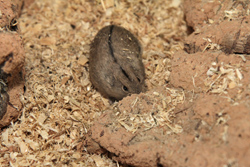